The First Law of ADHD Physics: an ADHDer in motion tends to stay in motion. 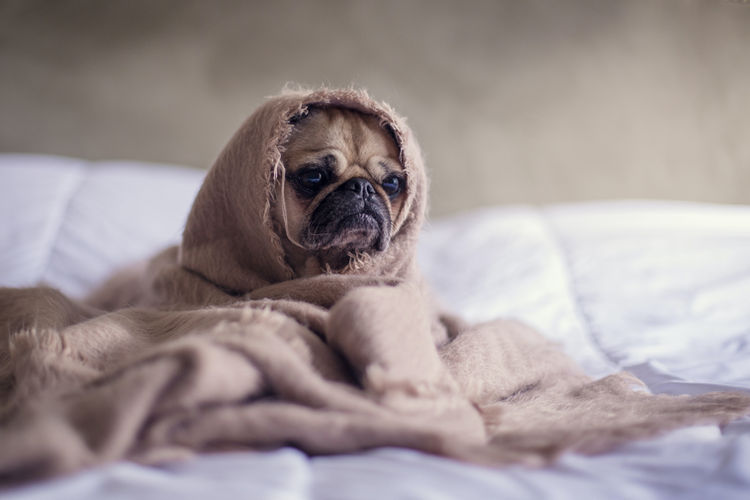 Isaac Newton once said, "an object in motion tends to stay in motion, and an object at rest tends to stay at rest..." While he was likely referring to a car, penguin, or some other object in physics textbooks, this also applies to people with ADHD in a metaphorical-but-oddly-relatable way:

Does this scenario ring any bells?

You're in the middle of a big, important project and there's nothing that could possibly slow you down. Your momentum is strong and you're definitely going to finish this befo-- “Oh, look! I have a new Instagram DM!” So, you sit on the couch to check the message — and before you know it, you’re in a catatonic state. You didn't even notice your butt sinking into the cushions, and now you need a rescue crew to airlift you from your couch.

But for people dealing with the highs and lows of ADHD, it can feel that extreme. One minute, you're going full steam ahead. The next, you're screeching to halt, breaking down, and feeling stuck. All of your motivation, energy, and momentum from just moments ago has now plateaued and plummeted. Unsurprisingly, that sudden transition from continual, productive motion to system-wide inactivity can be exhausting. (That’s why task-switching is so hard for ADHDers!)

Many ADHDers on the internet affectionately refer to this as "couch lock", but there are other terms you may recognize:

One of my favorite ADHD content creators, Alex Hogg, explains it as being similar to how our bodies and minds react to the Fight, Flight, Freeze, or Fawn Mode. When we're in this state, the parts of our bodies that aid in survival during threatening* situations are activated, while the parts that allow for relaxation and digestion are turned off.

After a chain of biological events, the body is flooded with adrenaline — suddenly, all of the signals we normally notice (thirst, hunger, bathroom needs, etc.) are no longer prioritized by the brain. However, once the "threat" is gone, the adrenaline wears off and your body returns to its normal state.

And that comedown can make you feel like you just ran a marathon.

* "threatening" in this context can refer to literal threats, like being chased by an angry mob. But in the 21st century, a "threat" is more likely to be related to stress, anger, or anxiety.

This is a personal observation, but all this talk about momentum and exhaustion sounds a bit like hyperfocus. When I get into my hyperfocus zone, I’m no longer aware of what my body needs. I must only work on the task at hand! But once I finish the task (or whenever I get bored with it #ADHD) the crash is overwhelming — like I have nothing left in me to do anything else the rest of the day.

It’s not that I don’t want to finish my project; the physical exhaustion is just too strong to overcome. I’m thinking specifically about those times I started cleaning the house on a whim that snowballed into a 4-hour deep clean that left me with bigger messes than when I started.

Odds are, you've been there, too. Here's a scenario you may recognize:

If You Give an ADHDer a Task

(based on the popular children's book, "If You Give a Mouse a Cookie")

All you wanted to do was wash the cups from your bedroom, but now you have an empty cupboard with its contents strewn about the place, full trash cans, 47 unwashed cups, and absolutely no desire to finish what you started. The tasks could have been simple if you tackled them one at a time, but now it’s a bigger project than you initially set out to do. The executive dysfunctions that many ADHDers experience on a daily basis are a possible cause for this.

Executive functions are a set of cognitive skills regulated by dopamine, a neurotransmitter involved in the brain's pleasure and reward center. Some of these skills include:

While everyone has issues with executive functions from time to time (yes, even the most neurotypical humans), adults and children with ADHD consistently struggle with some, most, or all of them in any given setting.

The following symptoms and behaviors are common among people that struggle with executive dysfunction:

This is where good ol' couch lock comes in.

When we're exhausted from battling executive functioning deficits, ADHD brains often begin to search for a quick source of dopamine. Dopamine hits can come from anything that feels satisfying, pleasurable, or rewarding. That can include aimless social media scrolling, rumination over the past, and even stressing over the unfinished tasks we're avoiding. (Oh, the irony.)

Executive dysfunction is exhausting. Get your rest!

I want to make this very clear: you should never feel bad about needing rest. We all need rest, regardless of our neurotype. People with ADHD should feel especially inclined to accept those moments of reprieve specifically because we experience fatigue more often and more intensely. It also goes without saying that shaming yourself for taking a time out is counterproductive because it keeps you in a state of exhaustion even longer.

How to cope with ADHD couch lock

Personally, I feel unmotivated until I force myself to physically start on something (like this blog for example). And now that I've recognized that in myself, I know how to cue a sprinkle of dopamine to kick-start productivity and momentum. Here are some things you can try to get to your next task.

If you find that scrolling on your phone boosts you back up to the point of being able to finish whatever you were doing—do it. But if you're someone that feels drained after doom-scrolling, find something else to give you that mental boost.

2. Check in with your body

If the couch lock hits unexpectedly, maybe your body and mind are trying to tell you something. Ask yourself:

3. When in doubt, count it out

If you're past the point of no return (i.e. you’ve been stuck in the couch for 3 hours), try setting a timer or just counting down from 10—it may give you enough motivation to simply stand up again. You may find that gently putting yourself back in motion after resting can easily get you back on track.

It's possible that you may need to trick your ADHD brain into completing a task. Do this by allowing yourself a reward when you complete it. Maybe that piece of chocolate or watching an extra episode of your favorite show is enough to get things moving.

⚠️ Caution: If you try this technique, remember to NEVER reward yourself before you completely finish a task, or else your brain will never fall for that trick again.

If you only learn one thing from this, let it be this: your couch lock moments are not reflective of your abilities and value as a human being.

Yes, it's easy to feel guilty about those moments.

But, the shame and guilt you feel when you come to that screeching halt does more harm than good. Not to mention, you literally just broke a law of ADHD physics. You should feel accomplished and maybe a bit flabbergasted—not ashamed! Next time that couch lock hits you, try to let yourself zone out and rest for a bit. Then when you're ready, go break some more ADHD physics laws and get moving again.