All your science questions on dopamine and its link to mental health - answered. 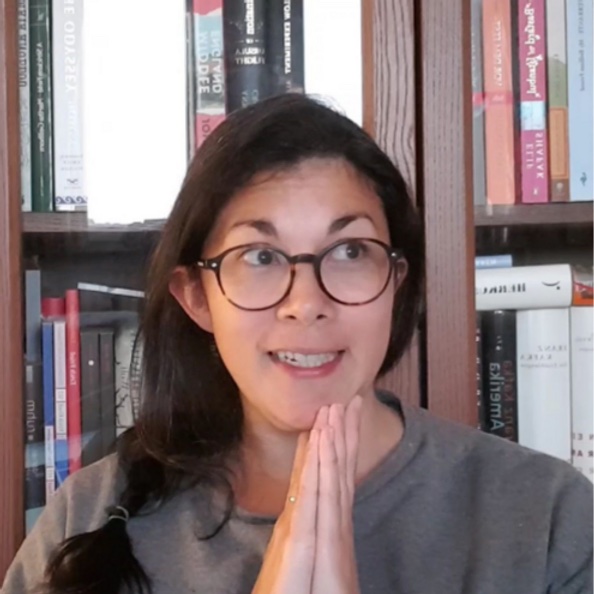 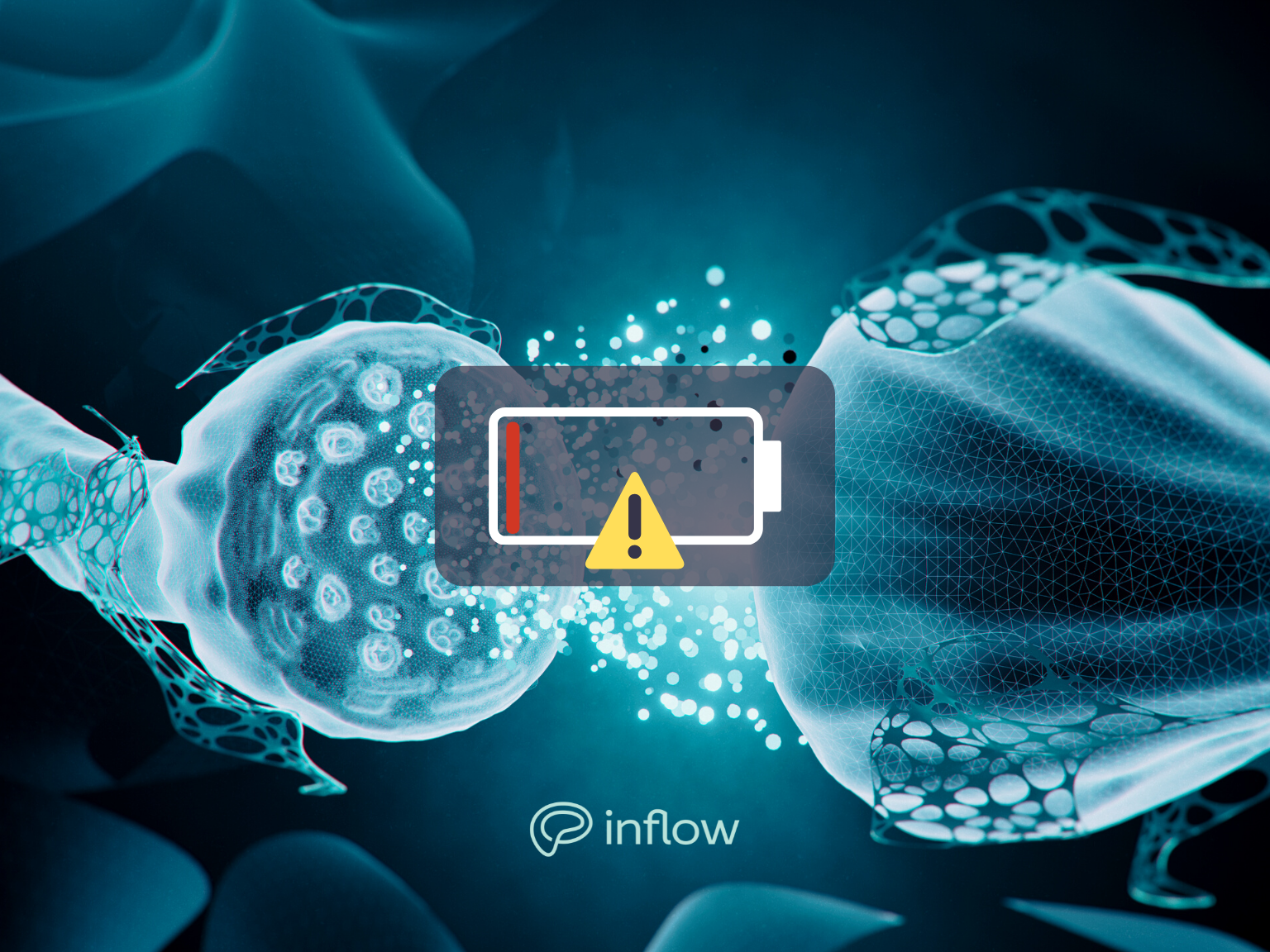 Dopamine is widely known as “the feel-good chemical”, but it does much more than just boost your mood. It acts as a neurotransmitter and hormone to regulate several biological and cognitive functions, including blood pressure[1], motivation, attention, and learning.

It is also believed to be a major factor in the executive dysfunction that many ADHDers struggle with, since ADHD is associated with a lower bioavailability of dopamine.[2]

Read on to find out what dopamine is, what it does, and—the big one—how to fix low dopamine levels... without using medication.

What is dopamine and what does it do?

Dopamine is both a neurotransmitter produced in the brain and a hormone produced in the adrenal glands, alongside adrenaline (epinephrine) and noradrenaline (norepinephrine). These three compounds belong to a group of what's called "catecholamines"; members of this group share basic chemical structures and are important in the body's stress responses.

…it acts as a messenger between neurons and plays an essential role in mediating executive functions.[3]

The cognitive skills regulated by dopamine include:

As a neurotransmitter, dopamine is also involved in:

There are several distinct dopamine pathways in the central nervous system that are responsible for different physiological and neurological processes - and disruptions in the dopamine-reward pathway have been associated with ADHD.[4] Within this pathway, dopamine is released during pleasurable experiences, and later drives the motivation to repeat the actions that led to that pleasure.

But - this isn't limited to just "pleasurable and rewarding" experiences in the traditional sense. For example, we're also showered with dopamine when we recognize the rewards of completing simpler tasks, such as paying our taxes or finally using one of those planners we've been neglecting.

…it acts as a local messenger and modulates functions such as:

Now that we know about the different functions of dopamine, it should make sense that the release of dopamine needs to be heavily regulated — balance is key when it comes to our mental and physical well-being. But what happens when we have too little or too much dopamine?

Dopamine deficiency is characterized as a state of having lower-than-optimal levels of dopamine available for the brain and body to utilize. This can be due to a variety of reasons, and only you and your doctor can determine the exact cause of your low dopamine levels.

If you don't have "enough" dopamine in your system, it may be because of:

What are the signs of low dopamine levels?

Depending on the underlying cause or causes, symptoms of dopamine deficiency can include:

Can dopamine levels be too high?

Just like low dopamine levels can cause issues with mental and physiological health, too much dopamine also comes with considerable risks.

Signs that dopamine levels may be too high:

Dysfunctions in the dopamine system are involved in a number of disorders and conditions, including:

How to increase dopamine levels without medication

Always check with your doctor before making any lifestyle changes. As we've seen above, going overboard on dopamine can truly be "too much of a good thing". That being said, if you feel like your dopamine levels could use a boost, here are 5 strategies to try to fix low dopamine levels, and increase your dopamine naturally.

Exercise affects a whole host of neurotransmitters and hormones. In fact, aerobic exercise (the kind that gets your heart pumping) has been shown to increase dopamine levels.[7]

Don’t worry if you’re not a runner - neither am I. The best kind of movement is one that you actually want to do. Think about what kind of activity you would enjoy that increases your heart rate for about 30 minutes.

Maybe a dance class is more to your liking, or jumping rope, or playing a team sport with your friends.

Put on some tunes that boost your mood.

Pair it with the first strategy (exercise), and you're on your way to boosting your dopamine.

3. Prioritize your rest and relaxation time.

When you’re running on fumes, your dopamine levels are also affected. You probably didn’t need another reason to take good care of yourself and your energy resources, but just in case, I’ve gathered some here.

Get a good night’s sleep.

It may not come as a surprise that mindfulness and meditation can help with emotional regulation, but did you know that regular meditation practice can actually lead to a persistent increase in tonic dopamine levels?[10]

Not only will the sunshine stimulate vitamin D production and keep your circadian rhythm in check, but it can also increase dopamine receptor availability.[11]

Consider combining this with exercise or meditation in the morning, and you’re off to a great start.

Foods that are rich in protein — particularly those high in tyrosine, or its precursor phenylalanine can improve your health in lots of ways.

You can find high levels of protein in foods like:

‍More research is needed on microbiota, but some fascinating studies suggest a link between the gut microbiota and dopamine.[12] By consuming probiotics, you could help your gut microbiota grow healthier, and potentially boost its ability to produce dopamine.

Reduce your intake of sugary and processed foods

Sweet snacks and fried foods may provide you with a rush of dopamine in the short-term, but it's usually followed by a crash in which dopamine levels drop even lower than they were before. Similar to the tolerance effect of recreational drugs and alcohol, the spike in dopamine levels can lead to a blunting of dopamine sensitivity.

Dopamine is an important neurotransmitter and hormone that influences a range of physical and cognitive processes. Among those processes are motivation, learning, and working memory.

Dysfunctions in the dopamine system are associated with a number of physical and mental health conditions. If you feel like you may be suffering from lower or higher levels of dopamine, please make sure to consult your physician.

While dopamine levels are usually well-regulated by the body in normal conditions, there are people who struggle with an imbalance and feel the effects of dopamine deficiency. The good news is that there are a few different ways to fix low dopamine levels.

Maintaining a balanced diet that meets your protein and other needs, consuming probiotics, and limiting sugar and junk food can help with dopamine production. Lifestyle factors are important too! Getting enough sleep, sunlight exposure, and regular exercise - as well as making time for pleasure and rest, such as listening to music and meditating - can all boost dopamine levels.

It can be difficult to change our habits, and the list above may well feel overwhelming. If that’s the case, please don’t feel discouraged. Try not to run before you walk.

If your inner critic won’t grant it, here’s your permission to take it one tiny step at a time: Pick just one of these habits to start.

If anyone would've told me a year ago that I’d now be getting up at 7 AM to exercise first thing in the morning, trying to maintain a regular bedtime (emphasis on trying) and not drinking coffee at all hours... I would’ve thought they had the wrong person!

Take it from this notorious night owl and couch potato: Change is possible.