ADHD and Autism are separate conditions that share symptoms and often co-occur. 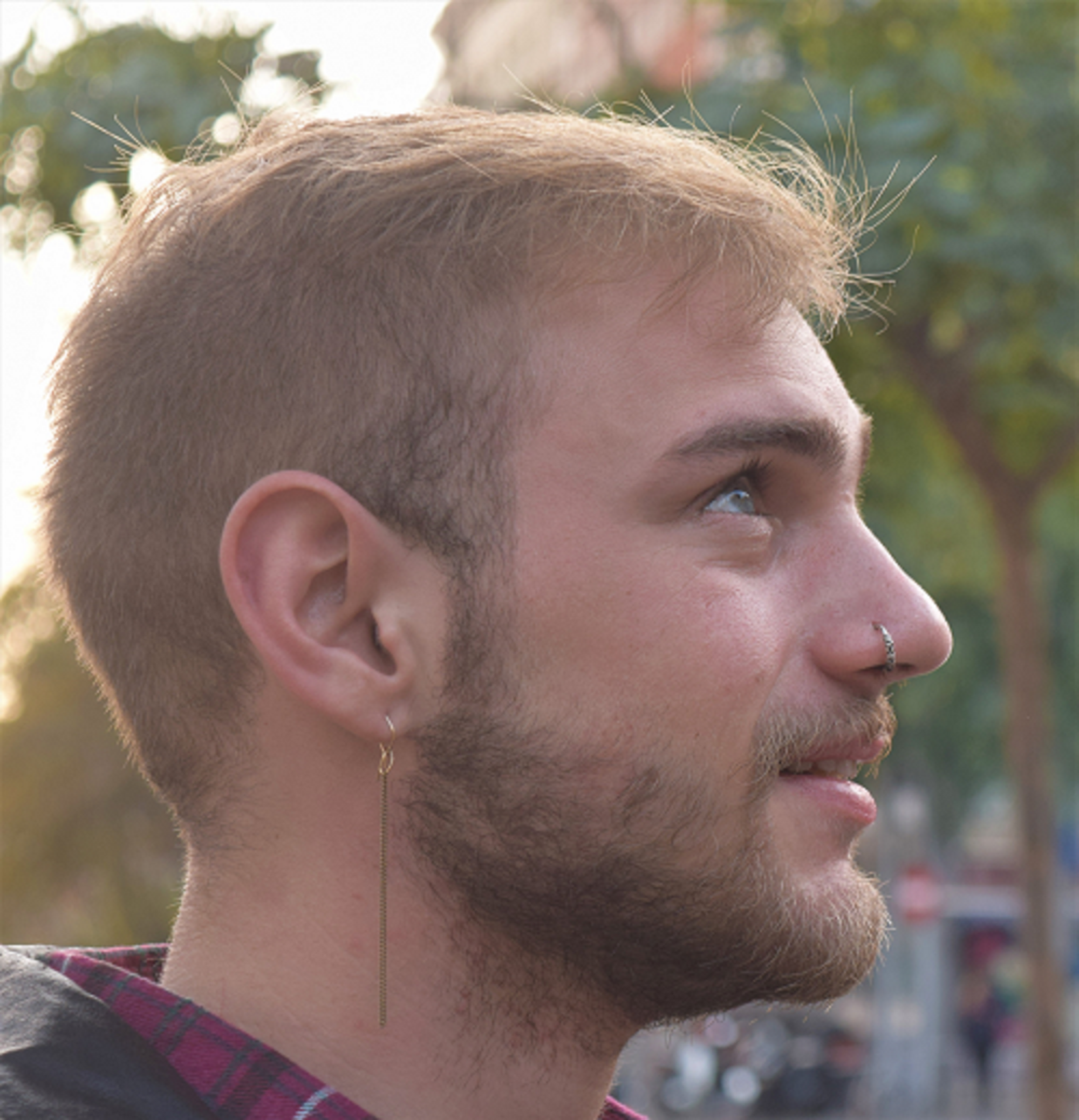 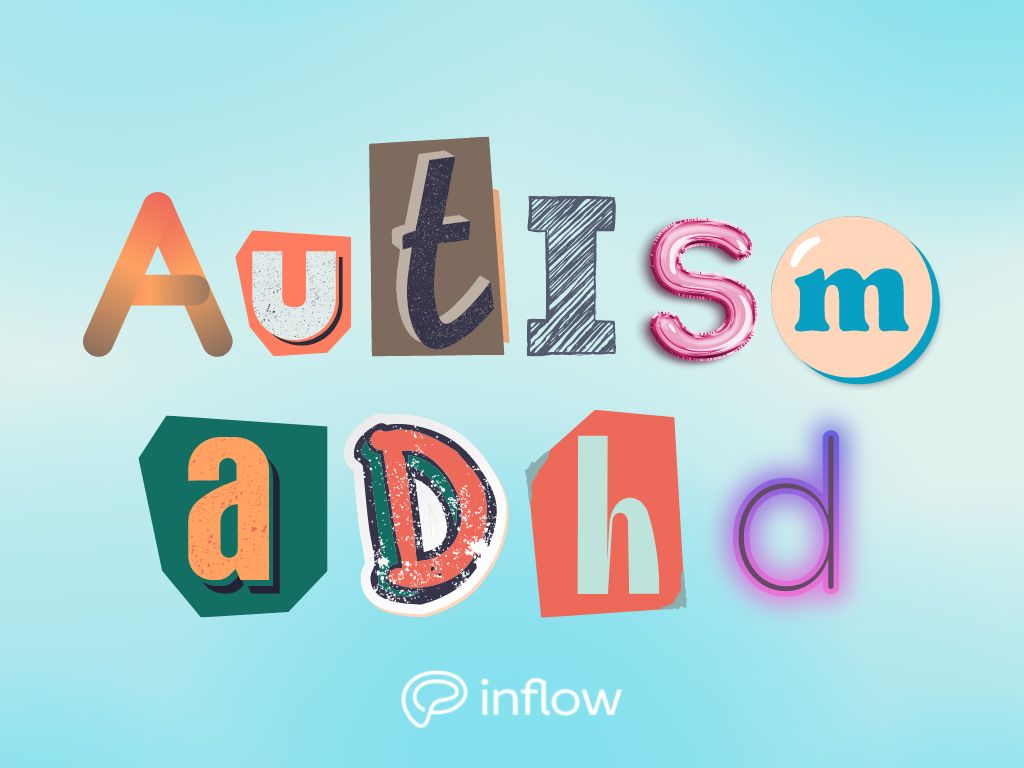 ADHD and Autism will very often share symptoms, like difficulty communicating or concentrating. Additionally, it’s possible that the conditions are somehow connected. In that case, it’s important that co-occurrence is recognized and treated appropriately.

A quick overview of ADHD

Most readers of this blog are probably familiar with ADHD. The writers certainly are. Nonetheless, let’s define ADHD. ADHD has three main presentations:

The predominantly inattentive presentation is characterized by struggles with memory, concentration, and attention. Those with the hyperactive-impulsive type often have difficulties with patience, staying quiet or still, and respect for boundaries of others.

A quick overview of Autism

Autism is a spectrum disorder, which means there’s a wide range and variation of symptoms.[1] It’s mostly characterized by a difficulty with social communication, a habit of repetitive behaviors, and a narrow focus of interests.

Additionally, Autistic people might have delay in the following developments:

Important note: The societal and pop cultural presentation of people with ASD is that of Sheldon Cooper or Raymond Babbitt from Rain Man: socially awkward, un-empathetic, and highly intelligent (or twice exceptional) white men. While these depictions of ASD aren’t altogether wrong, they lead to a misconception of ASD, as these specific presentations are uncommon. Many people with ASD - especially women - can be highly empathetic, and while they might feel stressed and overwhelmed by social interactions, many have mastered the art of adaptation, or masking.

ASD masking is a very common phenomenon and thus leads to a gender gap in diagnosis. Furthermore, adults who have lived with the condition all their lives might not even know about it themselves.

The differences and similarities between ADHD and Autism

Although both conditions affect the same brain functions, each have unique symptoms.

Generally speaking, people with either condition may struggle with interpersonal relationships, such as those with friends, coworkers, or romantic partners. But for ASDers specifically, that might be due to difficulties with reading social cues, or non-verbal communication. With ADHDers, these difficulties are more likely rooted in impulsivity or an inability to focus.

People on the (Autism) spectrum tend to stick to very strict routines, and can become emotionally stressed when a routine suddenly changes. People with ADHD, on the other hand, will more often have a disinterest in routines, and they typically have problems sticking to them, anyway.

It’s not uncommon for people with ADHD and/or Autism to exhibit similar symptoms. For example, both might have a specialized interest. In comparison, tedious tasks that they find boring will be dropped very quickly.

Is ADHD a form of Autism?

The consensus, so far, is that they are separate conditions. They do, however, belong to the same class of conditions: neurodevelopmental conditions.[2], [3]

What are neurodevelopmental conditions?

ADHD and Autism Spectrum Disorder (ASD), are neurodevelopmental conditions, which are characterized by impairments in cognition, communication, behavior and/or motor skills resulting from [diverse] brain development.”[2], [4]

Other neurodevelopmental conditions include:

Causes of ADHD and ASD

There is still a debate going on about the causes for ADHD and ASD. Some argue the predominant causes lie in the genetics, while others see environmental factors as the main reason.

It is agreed, though, that neither can cause ADHD or ASD on its own. But there’s one hypothesis that brings the two sides together - the link between allergies and neurodevelopmental conditions: Hypersensitivity.

In his book Scattered Minds, Gabor Maté describes ADHD as “emotional allergies”; in fact, there’s even a link between literal allergies and neurodevelopmental conditions.[2] The argument here is that “sensitivity [...] is transmitted through heredity”, and the disorders are then caused “by the impact of the environment on particularly sensitive infants”.

The Central Nervous System (CNS)—which is responsible for regulating attention, movement, language, memory, and social skills—is affected by both conditions.

The brain’s executive functioning is affected as well, which is mainly regulated in the prefrontal cortex in the brain’s frontal lobe. This is responsible for decision-making, impulse control, time management, focus, and organization skills.[5]

How are they diagnosed?

Diagnosing either ASD or ADHD can be a lengthy and complicated process. For both conditions, the rule of thumb is: the earlier it’s diagnosed, the easier it will be to develop coping strategies to deal with the symptoms.

ADHD can be diagnosed beginning at the age of 4. On the other hand, Autism can sometimes be detected at the age of 18 months or younger. Nevertheless, for both conditions, it’s common for people to go undiagnosed until adulthood.

While the process of an ADHD diagnosis focuses on the behavior a child or adult exhibits in their daily life, the screening process for ASD is reliant on a child’s developmental milestones.[6] Slower-than-typical development in an ASD child is very common, but diagnosing professionals will look at ASD-typical behaviors as well.

A new milestone in the ADHD and ASD diagnostic process was recently achieved.[7] Researchers found out that - within the eyes of children with either condition - the electrical responsiveness to light is much higher than in neurotypical children.

With time, this could lead to earlier—and more accurate—diagnoses for future generations.

Comorbidity means that two conditions occur with each other in the same person. The combined ASD and ADHD diagnosis is still evolving. Until 2013, it was impossible to diagnose the two conditions co-morbidly. After the DSM-V criteria changed, it became very common.

Now, it is argued more frequently that ADHD traits are inherent to ASD, while the opposite is not usually true.[8]

Therefore, it’s now called into question if ‘comorbidity’ is the appropriate term. This would mean that - in the future - ADHD traits could be included in the description of ASD.

Because neither disorder is 'curable', treatment of both ASD and ADHD focuses on reducing potential negative impacts on daily life.

While ADHD can sometimes be treated with medication in combination with therapy, there are no medications that treat the core symptoms of ASD.[9]

Both ADHD and Autism can warrant behavior management and social functioning therapy. While early ASD therapy will mainly focus on development aid, ADHD therapy will most likely include mental health counseling.

In 2017, an international congress of practitioners convened to discuss how to best treat the co-occurring conditions.[10]

For adults and children with comorbid ADHD and ASD, four recommendations on non-pharmacological, educational and occupational interventions were published.[11],[12],[13],[14]

Can ADHD be mistaken for Autism?

Are ADHD and Autism closely related?

Yes. Both ADHD and Autism are considered to be neurodevelopmental conditions, which heavily affect executive functioning skills.[3],[5]

Yes. For those who have both conditions, it’s more common for the Autism diagnosis to come much later compared to those that have only Autism.[15] This is likely due to ADHD symptom presentations masking the Autistic behaviors.

How are ADHD and Autism similar?

How are Autism and ADHD different?

For further reading on ADHD visit CHADD or on ASD visit the Association for Autistic Community or the Autistic Self Advocacy Network (ASAN).