Ever wake up on the wrong side of the bed 30 years in a row? 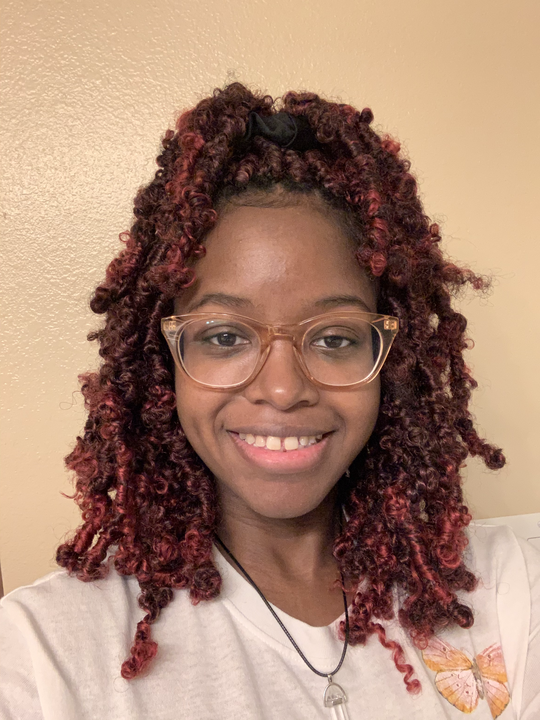 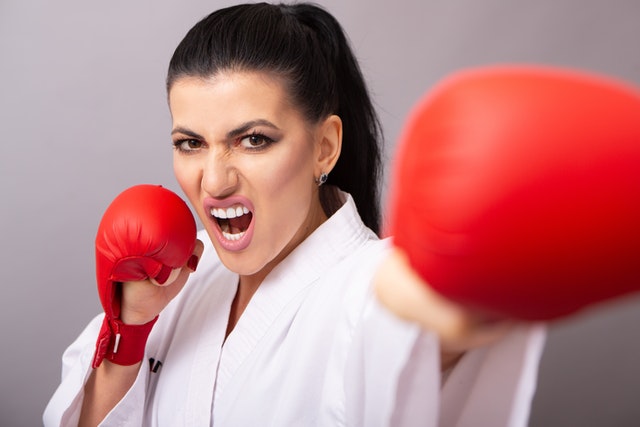 Most people experience days where they’re more aggressive than usual—possibly because of a difficult day at school or work, or perhaps they just woke up on the wrong side of the bed. However, those feelings typically disappear after taking time to calm down and re-assess the situation… unless there’s something deeper affecting their mood and demeanor.

For some children and adults, their defiant behaviors lead to problems at work, school, and home. If it's persistent, children may be diagnosed with Oppositional Defiant Disorder (ODD); but what about adults? Can adults have ODD? Let's examine the symptoms and causes of ODD, and determine whether adults with ADHD can have the condition.

What is Oppositional Defiant Disorder?

Oppositional Defiant Disorder (ODD) is a behavioral disorder often found in young children under the age of 12. Children with ODD tend to be defiant, and frequently express anger and hostility towards loved ones, friends, and authority figures. Put simply, ODD is a temperament and behavioral disorder that affects a child's ability to develop healthy relationships with others.[1]

ODD is one of the most commonly diagnosed behavioral disorders in children. It’s estimated that 1-16% of adolescents will develop ODD[2], with boys being diagnosed more commonly than girls. However, this gender imbalance in diagnoses is most likely due to the typical gender differences in ODD presentations, which will be discussed later on.

The transition from childhood to adulthood ODD

ODD arises in early adolescence, and can last anywhere from a few months to an entire lifetime. Before ODD was added to the DSM in 1980*, those displaying ODD symptoms were typically diagnosed with other psychiatric conditions, such as Attention-Deficit/Hyperactivity Disorder (ADHD), Conduct Disorder (CD), depression, or anxiety.

ODD is more commonly found in adults with ADHD, as opposed to those without ADHD. A research study revealed that 43% of the participants with ADHD reported a childhood history of oppositional defiance.[3] Like children, adults with ODD often display behavioral patterns of aggression, hostility, and defiance towards others.

*when ODD was first added to the DSM III, it was called Oppositional Disorder (OD); in 1987, the DSM III-R was published, where the name of the condition was changed to its present name: ODD.

Currently, there is no apparent cause of ODD, but research suggests that factors[4] such as genetics, biology, environment, and personality can contribute to the development of ODD.

Genetics plays a significant role in the development of ODD; meaning that a parent with ODD has a higher chance of having children with ODD compared to parents without ODD. In addition, a family history of behavioral, cognitive, or mood disorders—ADHD, Conduct Disorder, Bipolar Disorder, and Substance Use Disorders (SUDs)—can increase the chances of someone developing ODD.

When a traumatic brain injury occurs, the brain is rattled within the skull, usually causing permanent damage. The most common cause of TBI is motor vehicle crashes (car accidents). While TBI is its own separate diagnosis, it is also known to lead to the development of conditions like ADHD and ODD.[5]

A child’s home and school environment can also increase susceptibility to ODD. For example:

Additional possible causes of Oppositional Defiant Disorder include exposure to nicotine, as well as a low supply of vitamins in utero during pregnancy. However, research has not yet confirmed these possibilities.

ODD presentation varies depending on the individual, but the most common signs of ODD in adults and children include:

In general, boys with ODD are more likely to exhibit typical aggressive behaviors, such as fighting and arguing. On the other hand, girls tend to forego physical violence and may be more secretive about their behaviors through something called 'relational aggression'.

Relational aggression is a type of bullying where individuals attempt to cause mental and emotional harm by damaging their target’s reputation, social status, and relationships.[7] Unfortunately, it’s often difficult for parents and teachers to detect relational aggression due to the aggressor's concealed behaviors.

How does ODD affect adults with Attention-Deficit/ Hyperactivity Disorder?

Recent research has found that ODD is more likely to persist for longer if ADHD is also present as a comorbid disorder[8], likely due to the executive functioning deficits that are common among ADHDers. These deficits can create challenges with regulating oneself; for example, people with ADHD are often impulsive and commonly struggle with emotional dysregulation.

Untreated ODD can lead to behavioral, cognitive, and psychosocial effects in ADHD adults[9], which are similar to traditional ODD symptoms observed in children. But when it's untreated, adults also have an increased likelihood of the following:

How is ODD diagnosed?

Currently, there are very few resources available for adult ODD diagnostic criteria. However, many tools are accessible to children struggling with ODD, as well as their families.

If a caregiver is concerned about the possibility of oppositional defiance, they can seek various testing methods to get a proper diagnosis. For example, an appropriate healthcare provider—such as a therapist or child psychiatrist—may request an interview with the child. Younger children who cannot comprehend interviews are often placed in a playroom, sometimes with family members and/or other children. There, clinicians will observe how the child interacts within the room and with others—ultimately watching for signs of ODD.[10]

Can Oppositional Defiant Disorder be treated or cured?

There are several treatment methods available to children and adults with ODD. A mental health professional can prescribe treatment options that fit the patient’s lifestyle, age, behaviors, and environment.

Currently, there aren’t any FDA-approved medication treatments for ODD.  However, in cases of severe aggression or if there’s a comorbid psychological condition (like ADHD) that’s also in need of treatment,[11] healthcare professionals may prescribe low doses of one of the following:

In fact, a 2016 study concluded that two different atypical antipsychotics—aripiprazole (Abilify) and risperidone (Risperdal)—are effective in the treatment of ODD and ADHD symptoms. However, the benefits may not outweigh the negative side effects of the medications.[12]

Experts believe that ODD symptoms are tied to ADHD impulsivity, but that’s not to say that ADHD itself is directly causing the development of ODD. The truth is, any child can develop ODD; it’s just recognized more quickly in children with ADHD because it’s a comorbidity that medical professionals have grown to anticipate.[13]

However, experts do believe that children with ODD are more likely to develop a Conduct Disorder (CD) than children without ODD.[8]

There are currently no medications approved by the FDA for the treatment of ODD alone. ADHD medication is only recommended for ODD treatment if the patient has been diagnosed with comorbid ADHD. Certain ADHD medications—Adderall, Wellbutrin, and Ritalin—are often prescribed to children with both ADHD and ODD.‍

How is ODD different from ADHD?

The main difference between ADHD and ODD is a person’s demeanor and the intentions (or lack thereof) for certain behaviors. For example, when someone with ADHD has an emotional outburst, it’s likely due to a dysregulation in emotional processing. When someone with ODD has an outburst, though, it’s more likely to be coupled with intense anger and may have a harmful underlying motive.‍

What are the symptoms of Oppositional Defiant Disorder in adults?

Can someone outgrow Oppositional Defiant Disorder, or is it lifelong?

Researchers have found that children diagnosed with ODD between the ages of three and five are more likely to continue to have ODD symptoms in later childhood, especially in the case of a comorbid ADHD diagnosis later on.[14] Unfortunately, there is not yet enough research available to determine the prevalence of long-term ODD, though anecdotal evidence shows a possibility of lifelong symptoms.

Taneia is a public health professional and freelance writer specializing in wellness and productivity content. She has a bachelor’s degree in Public Health & Minority Health and a master’s degree in Public health with a Health Behavior concentration. Taneia aspires to become a sexual health educator working with low-income and minority communities to improve their health literacy and form her health consulting business in the future.

When she's not at work or freelancing, she enjoys playing with her pets, Gooby and Jynx, journaling, shopping, and watching true crime documentaries.

4 important ways your ADHD makes you a better parent 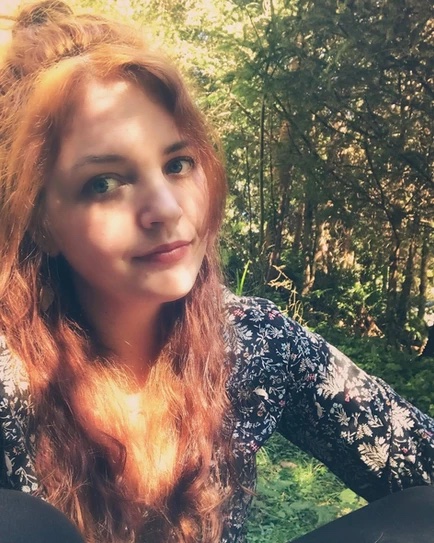 What your ADHD child wants you to know about medication 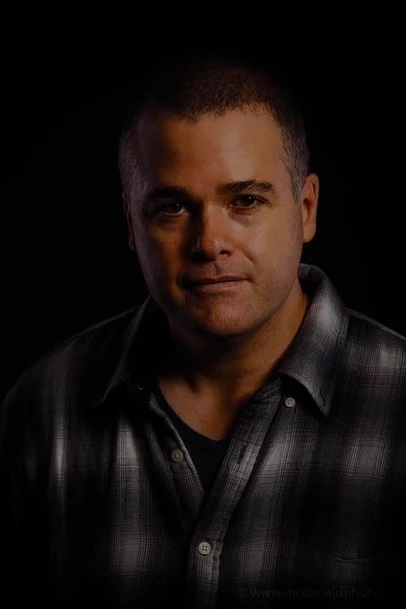