I have ADHD and sleep problems—and there's a reason why.

My ADHD brain forced me into the Night Owl lifestyle against my will. 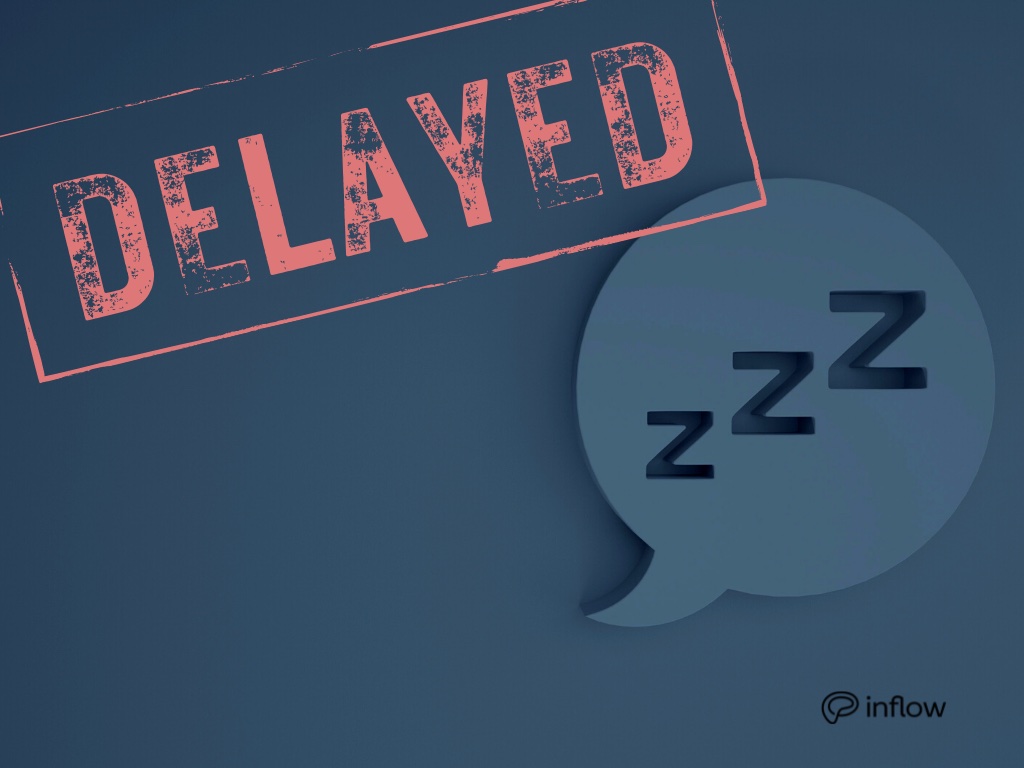 Tossing, turning, tossing, turning. Why am I still awake? I don't even know what time it is. *checks phone* It’s 2 AM!? How did that happen? I can’t afford to be exhausted tomorrow!

Aaaaand an hour went by.

This scenario is common for many, especially for those with Attention-Deficit/Hyperactivity Disorder, or ADHD—and it has an official name: Delayed Sleep Phase Syndrome (DSPS).

Continue reading to learn why your brain has difficulties shutting down at a "normal time". Alternatively, you should totally bookmark this page in your browser so you have reading material waiting for you when you can't sleep later. *winks awkwardly*

The basics: ADHD and neurodiversity

Contrary to its name, ADHD isn’t really a disorder — it’s a neurodevelopmental condition. In other words, our brains took the path less traveled during stages of critical brain development. This is where the term “neurodiverse” comes from; ADHD is a neurotype similar to Autism in that it’s atypical to the majority of people. I led with this to set up for this funny thing many neurodiverse people can relate to: running on neurodiverse time.

All in good, neurodiverse time

I personally like to describe my experience with time perception as "neurodiverse time" because—more often than not—ADHDers struggle with "time blindness". We have a tendency to lose track of time after hyperfocusing or getting distracted.

On the flip side, a few minutes can feel like an eternity when we’re bored.

When I was a senior in college, I lived with other theater majors. It was the wild, exciting, fun (and admittedly stressful) experience most college students have... with the addition of show tunes and dance classes.

I danced five days a week, wrote about absurdist theatre (which is really an absurd request to begin with), acted foolish in improv class, studied historical figures in dramatic arts, and ended my days with rehearsal. I was busy, to say the least.

With a full plate, you’d think I’d be exhausted by nighttime, crashing as soon as I walked through my door. If it weren’t for unmanaged ADHD, I would’ve done just that.

But no - I was more like the Energizer Bunny: working on assignments late at night and getting the urge to dance at the studio when most people were asleep.

It was an angsty phase—dancing alone at 3 A.M. just felt right. But after several nights in a row, exhaustion caught up to me.

My sleep problems led to a misdiagnosis

No wonder a psychologist misdiagnosed me as Bipolar; my sleep patterns were a roller coaster ride, and mirrored those of someone experiencing the highs and lows of mania and depression.

Granted, I was very depressed at the time. I was also figuring out my gender identity and coming to terms with being transgender. That’s an emotional roller coaster, too!

But even when I desperately wanted to sleep, my mind refused. I’d stare at the ceiling, begging for the tiredness I’d felt that afternoon to come back and carry me to sleep.

Being a night owl is not the same as DSPS

Let's clear something up: DSPS is not the same thing as being a "Night Owl". However, you can have DSPS and be a Night Owl — it’s just important to note that the latter involves more autonomy than the former.

You might be a Night Owl if you tend to...

But for people with DSPS, it's not a choice to stay up late. Our bodies just don't let us sleep. Not to mention, labeling someone as a "Night Owl" dismisses what might be a real health concern.

Other sleep conditions and disorders

There are many known sleep disorders, which can cause confusion when trying to determine if you have DSPS or something else. Other sleep conditions include:

Approximately 73-78% of ADHDers also have DSPS, but which came first: the chicken or the egg?

The research isn't concrete yet, but it’s clear there’s a connection between the two. Essentially, circadian rhythm (the natural sleep/wake cycle) is the main culprit. There’s a lot of awesome science about how this works, but what’s important for us to understand right now is what affects our “body clock” and what that says about our sleep.

The science of sleep

Our circadian rhythm is regulated by sunlight. When the sun rises each morning, our bodies release hormones to wake us up. At sunset, we release hormones that encourage sleep. The timing of that rhythm can be determined by genetics, age, and environmental factors.

Neurotransmitters are essentially brain cells that act as chemical messengers, two of which have effects on circadian rhythm.

Melatonin directly controls circadian rhythm. If you're interested in scientific explanations, Brainclinics Foundation explained the correlation between dopamine and melatonin this way.

❓ Science translation: To simplify, dopamine keeps us awake while melatonin helps us sleep. When these are unbalanced, our internal clock is disrupted.

The causality dilemma of ADHD and sleep

Now that we know about the science, it makes sense that many ADHDers have sleep issues. Conversely, sleep (or lack thereof) can majorly affect ADHD symptom severity. For me, this showed up as:

My grades weren't suffering, but my mental health certainly was. I was devastatingly depressed in college. The lack of sleep led me to depend on caffeine and alcohol to deal with energy fluctuations. I’d chug coffee all day (which didn’t help my anxiety) and turn to alcohol to help me sleep at night.

It certainly doesn’t help that ADHDers are already predisposed to struggle with substance abuse due to impulsivity and under-stimulation.

How to improve sleep hygiene

Sleep hygiene refers to routines and bedroom environment and how these factors affect sleep quality. Here are a few techniques I’ve personally used to optimize my sleep hygiene:

I’m still struggling with this. I’m a freelancer, so I make my own hours. But I often put off work until the last minute and stay up way too late to finish. If that’s a habit for you, too, it’s time (for both of us!) to set strong boundaries around when we will or won’t work.

I use my phone's settings to restrict social media past a certain time. If your phone doesn’t have this, there's a nap for that! (Pun translation: there are apps available for this.) At the very least, try setting a time for your phone to stop displaying blue light each night.

3. Find joy in caring for yourself

Before bed, try engaging in light activities that positively affect your mood, including:

4. Eat meals on a schedule

I eat dinner at a certain time so I’m not hungry before bed and end up ruining my sleep with a stomach full of sugar and alcohol. If you’re impulsive like me, having snacks in plain sight can be enough temptation.

💡Pro-Tip! Put snacks out-of-reach. You’ll probably forget about them and realize you didn’t need them in the first place. Alternatively, give the temptation to a friend - you can’t grab a glass of wine if there’s no wine in the house!

I’ve never been successful trying to make changes all at once. When I heard about these ideas to improve sleep hygiene, I did one of them. Just one. It’s easier to succeed this way because there’s less pressure - which makes me want to keep doing it. (Hello, dopamine!)

If you read through this and thought, “I’m so tired, I can’t even begin to think about trying anything to alleviate this,” I totally get it. In that case, you might need help from your doctor, supplements, or both. Ask your doctor about chromotherapy (light therapy), melatonin supplements, and sleep specialists if the above methods aren’t for you.

My last bit of advice is and always will be: be gentle with yourself! That's been my mantra since I learned I had ADHD. Those of us with DSPS run on different clocks than the rest of the world, so it’s okay if you’re struggling to get on neurotypical time.

Remember: you’re not alone in this. You’re not broken. And you deserve rest. 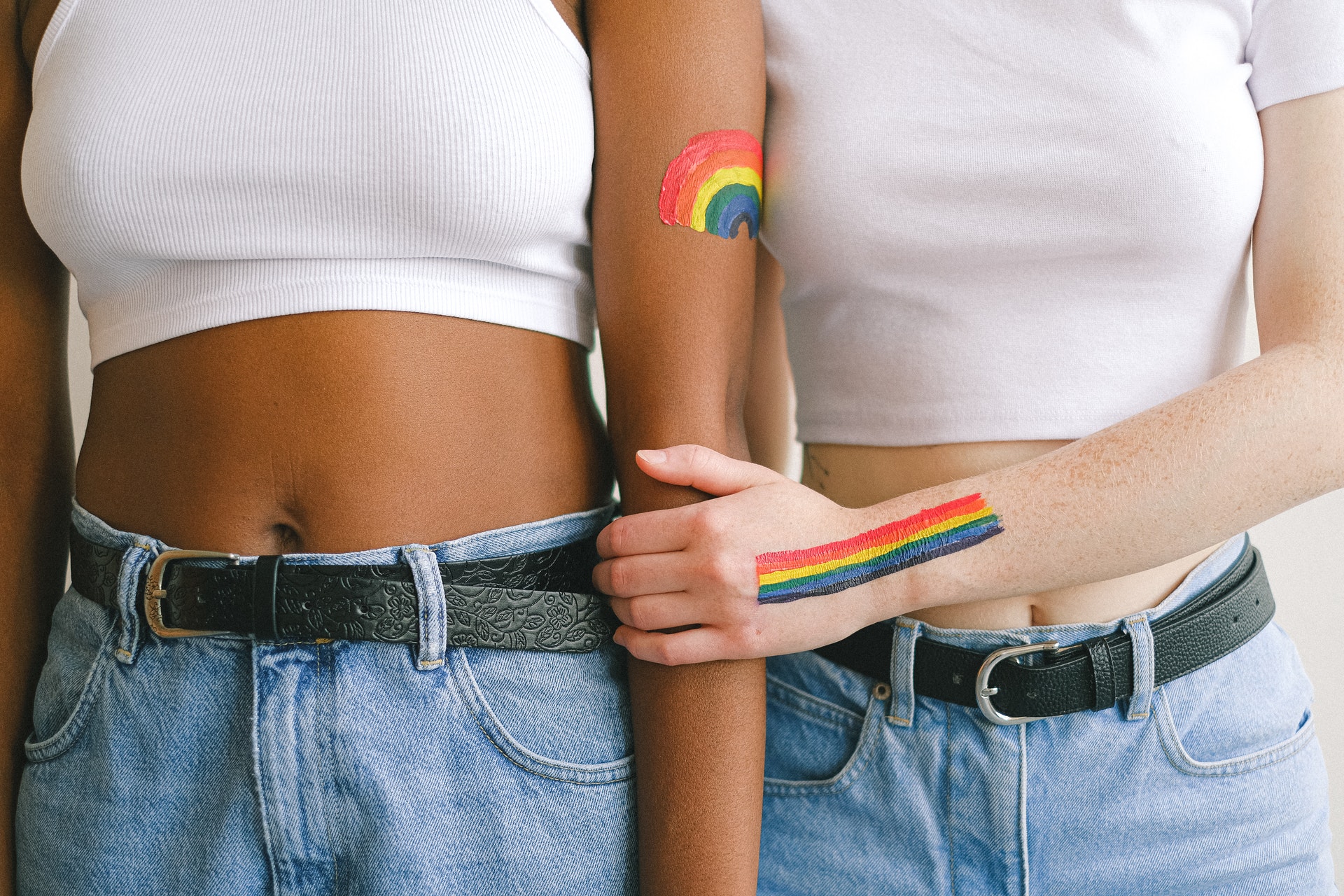 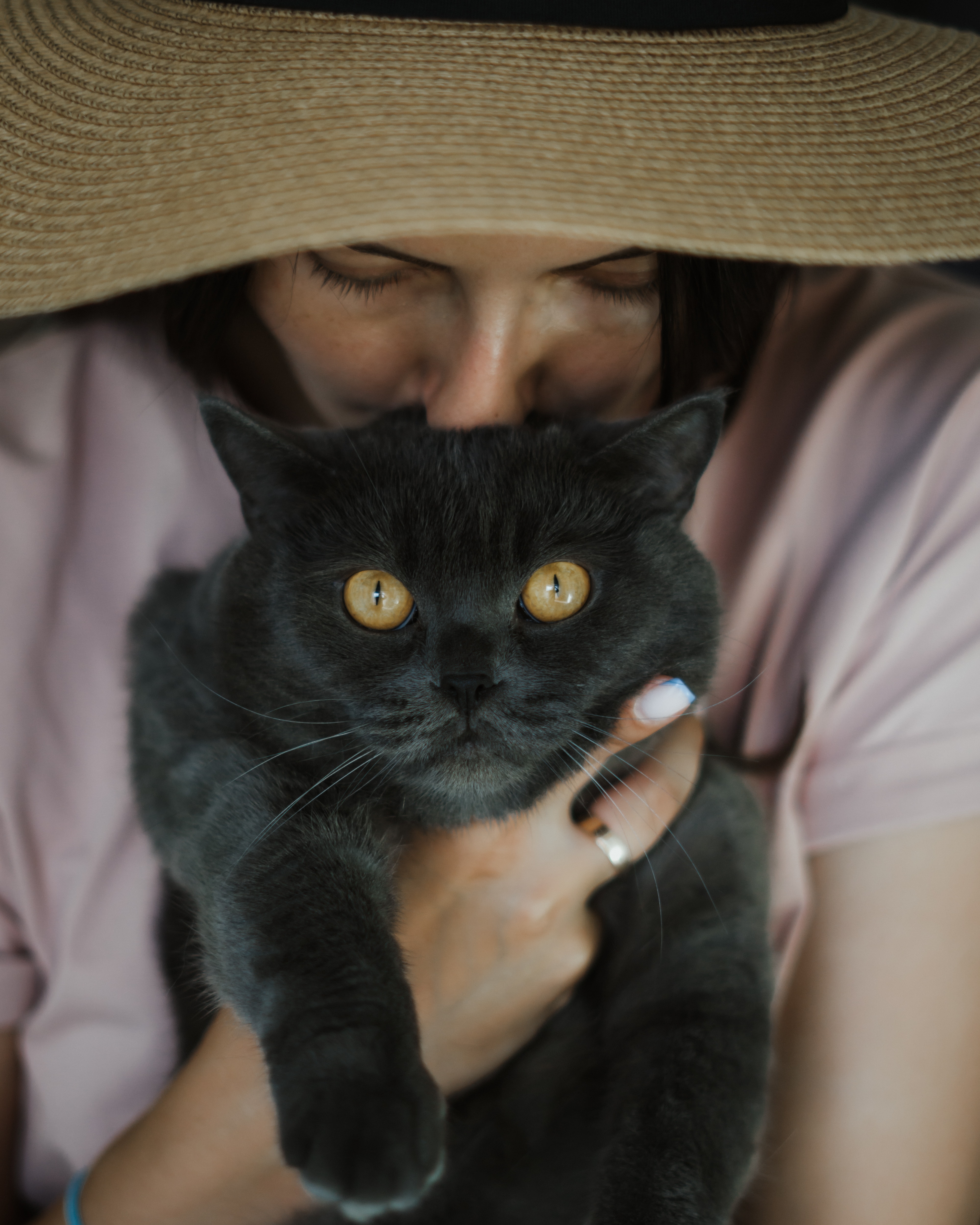 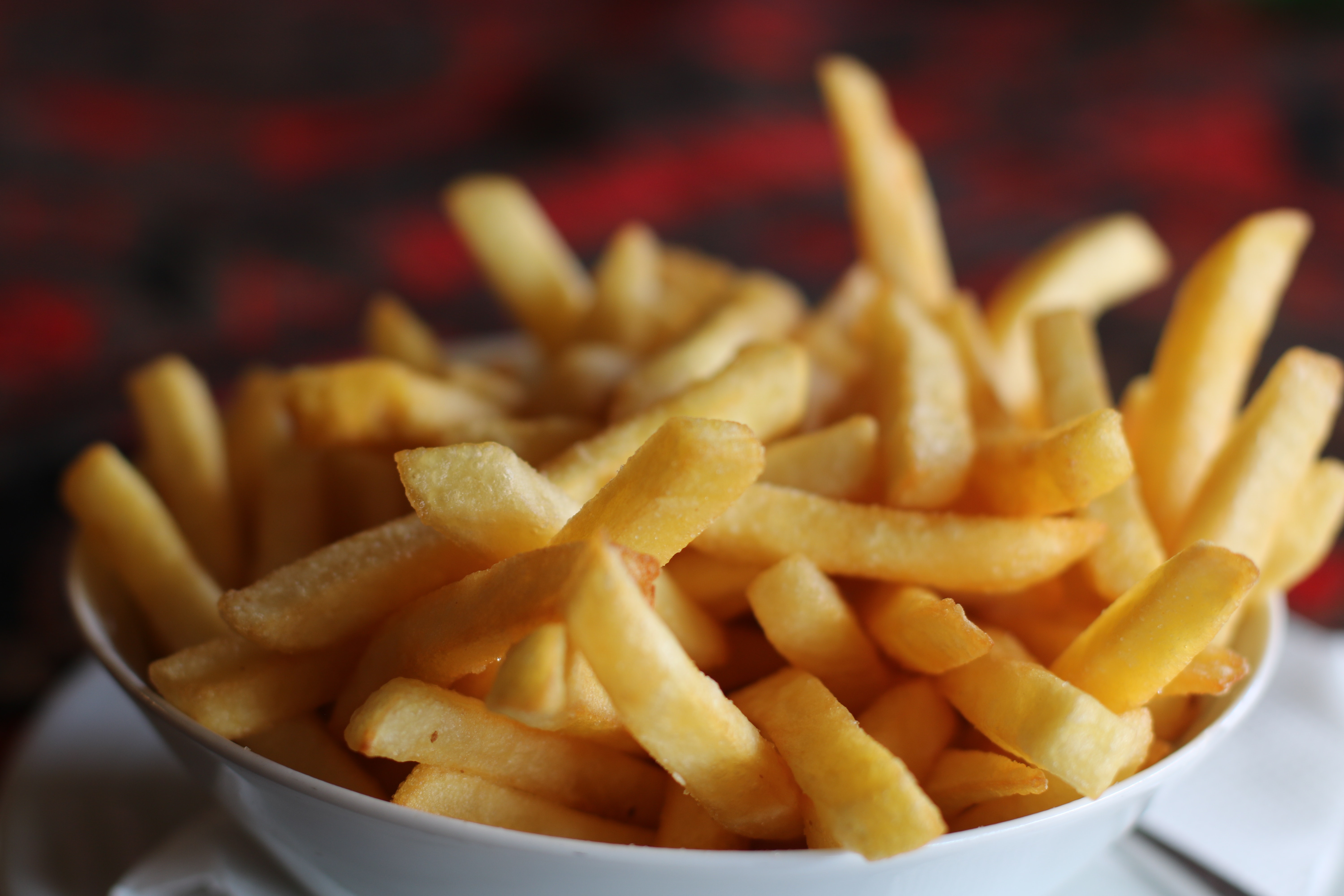