Once upon a time, there was an ADHD brain named Goldilocks. 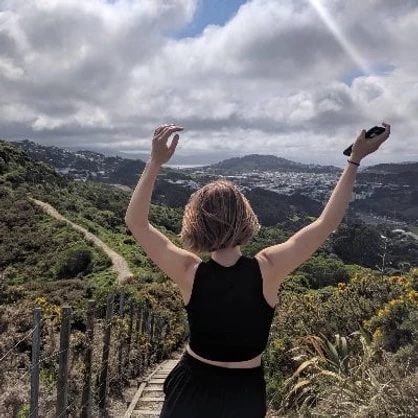 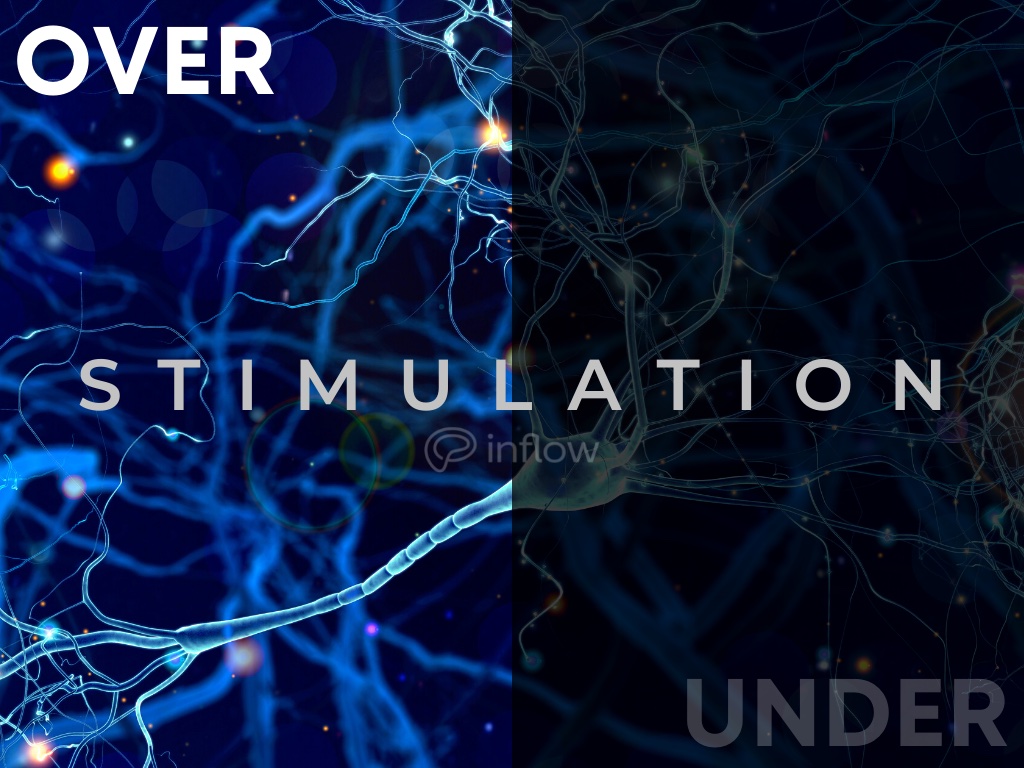 Many adults with ADHD spend their lives bouncing between burnout and boredom, and it feels a bit like the fairy tale, Goldilocks and the Three Bears. No matter how hard we try to figure out what's “just right” for us, we still struggle to find the right balance.

A lot of this comes down to the way we experience stimulation; more specifically, it's connected to the ADHD brain's increased risk of experiencing both overstimulation and understimulation. Before diving into coping mechanisms, let's explore both ends of the sensory processing spectrum.

- Overstimulation and understimulation are on opposite ends of the 'sensory processing spectrum', with overstimulation occurring when the brain feels overwhelmed or hypervigilant, and understimulation occurring when we're bored with our surroundings.
- The main cause for either of these feelings might be due to the possibility that people with ADHD have a dopamine deficiency, which hinders our reward center in the brain and decreases motivation.
- Signs of overstimulation include: anxiety, irritability, impatience, emotional dysregulation, and hypersensitivity
- Understimulation signs include: hyperactivity, boredom, lack of motivation, impulsivity, and dissociation
- You can cope with either of these by adding positive stimuli to your day, resting when you need to, and learning your triggers

Overstimulation is a type of sensory overload. It explains those times when your brain 'takes in too much at once'. Here's an example you may be able to relate to:

Imagine you’re getting your weekly shopping done at the supermarket. There’s loud music playing, and every time you look down at your phone to check your list, somebody bumps into you with their shopping cart. There’s endless varieties for all of the items on your list, so you're forced to make mini-decisions for each one. Eventually, feelings of overwhelm start to creep up, and you can almost feel your brain overheating - like an old laptop with too many tabs open.

ADHDers have lots of different ways of describing this feeling:

But ultimately, these variations all generally refer to the feeling where your brain just can’t take any more. Any overwhelming situation — conflict, rumination, being pressured to make decisions, receiving an influx of new information — has the potential to be overstimulating.

Everybody has a threshold for how much input they can handle, and anyone can experience overstimulation — ADHD or not. However, because people with ADHD struggle to filter out competing stimuli, overstimulation is especially common for neurodiverse brains. Something as simple as someone tapping their pencil during an exam might be enough to distract and overstimulate us.

This is especially true for those of us ADHDers who are also Autistic, as a hallmark Autistic trait is struggling with sensory processing.‍

At best, overstimulation can make us irritable, tired, and unable to focus.

At worst — especially when we can’t escape the overstimulating stimuli — it can cause disassociation and extreme emotions. If you regularly experience overwhelm from stimuli, it might be worth looking into the Autistic experience of “meltdowns”.

Luckily, there are simple techniques that can help minimize overstimulation.

1. When stressed or overwhelmed, check in with yourself.

- What’s causing these feelings?
- Is it something solvable? (e.g. turning off the music so you can focus, or putting on the air conditioning so you’re more comfortable)

If your overwhelm is coming from an emotion or a task, take 5 minutes to regroup before pushing forward.

2. Learn your common triggers and work to make them less problematic.

‍For example, if you notice you’re consistently getting distracted and frustrated at work because of adjacent coworker conversations, invest in a pair of noise-cancelling headphones.

Or - if you have a friend who is emotionally overwhelming, try to catch up with them on days where you don’t have much else going on.

You can’t brute force your way out of overstimulation. You’ll only start to feel better after you let your brain rest and “cool down”. Resting doesn't have to mean sleeping or doing nothing, either. Try engaging in an activity that you enjoy and find relaxing, like swimming or playing video games. Give yourself permission to unwind until your brain starts to feel "normal" again.

Understimulation refers to those times when your brain isn't receiving enough sensory input to keep you engaged with your surroundings. Research suggests that people with ADHD get less dopamine from positive stimulation than neurotypicals[1], which can lead to feeling understimulated in situations that others are typically comfortable in.

If you’re reading this and thinking, “well, yeah — isn’t that just part of ADHD?” In some ways, yes.

But! A key difference between people with ADHD and neurotypicals? ADHDers need a lot more positive stimulation to feel engaged.

Some of the hallmark 'signs' of ADHD, (i.e. distractibility) are more likely to manifest when we’re feeling understimulated. That’s why when we slip into hyperfocus — which can be really stimulating in a positive way — we’re not as easily distracted, and can often work for long periods of time.

Understimulation is typically less intense than overstimulation, but can be just as (if not more) troubling. Being understimulated makes it hard for ADHDers to be present in our day-to-day lives, and it can hinder our ability to carry out responsibilities.

How to deal with understimulation

Overcoming understimulation can be difficult, but there is a way to simplify it - add more positive stimulation! Here are some ideas:

Finding the right level of stimulation for different tasks is vital for dealing with task inertia and avoiding procrastination. If you’re experiencing general understimulation (rather than it being a related to a specific task or stimulus), try including enjoyable activities in your routine.

💡Pro Tip! "Enjoyable activities" should be something that requires active engagement, like visiting with a friend or dancing to music, rather than something you can passively absorb without thinking - such as scrolling through social media. This is obviously easier said than done, but even taking five minutes to do something fun and engaging can drastically reduce feelings of understimulation.

ADHD can make you feel like you’re Goldilocks — endlessly searching for stimuli that aren’t too much... but also aren’t too little. Take the time to check in with yourself about what might be causing you to feel overstimulated or understimulated.

You might just find a way to navigate your life in a way that feels just right.

Hayley Alexander is a queer Pākehā writer based in Aotearoa New Zealand, with an interest in neurodiversity, disability and chronic illness. You can read more of her ramblings on her Twitter account: @ADHDAngsty.